In The News With Justin Woo: Peter Liang

In The News With Justin Woo: Peter Liang

It isn’t often that I see my people, East Asian / Chinese people, assembled in political protest. Even in New York, there are only so many of us. Very often, I’m one of the few APIA (Asian / Pacific Islander American) people there. It’s a lonely feeling. (This isn’t to say that we don’t have a rich history of resistance; but in many struggles today, we are a small group mixed into much larger groups of white, black, and brown faces).

So when I wandered by City Hall several months back, and saw a gathered group of Asian people, I was naturally excited. What’s the latest issue? How can I help?

I pulled out my phone and punched Liang’s name into Google. With slow dawning horror, I found a name I recognized – Akai Gurley – The unarmed black man who happened to be in the wrong stairwell of his Brooklyn housing project at the wrong time, when Officer Liang entered, gun drawn. Liang’s gun went off, the bullet ricocheted and struck Gurley, ending his life.

Unlike many white officers who have committed similar crimes, Liang was indicted and convicted of second degree manslaughter. Certain elements of the Chinese American community are outraged – they contend that Liang’s treatment is politically motivated, and that white officers were not treated the same way.

There is an obvious double standard at work here. Daniel Pantaleo, the Staten Island police officer who used a prohibited chokehold on Eric Garner, wasn’t indicted despite the fact that his assault on Garner was intentional, caught on video, and ended up killing Garner. If Liang deserves to go to trial for an accidental firearm discharge that killed a man, surely Pantaleo deserves the same for an intentional assault. And yet here we are, with Pantaleo a free man, and Liang convicted.

Jim Cheng, a Queens resident interviewed by NPR, said, “In America, people say, ‘Well, white people is first class. Black people is second class.’ What I see, Chinese is no class, or the last class. So we have to change that.”

And I understand that. We are a people who are often rendered invisible. Our struggles, our stories, and our suffering happen off stage, out of the media spotlight. It’s easy to become resentful and miss the bigger picture.

Let me be clear: Liang is not a scapegoat. He is being held accountable for reckless behavior. He shouldn’t have had his gun out. He shouldn’t have had his finger on the trigger. And because of his negligence, an unarmed, innocent man died. This is actually exactly what the manslaughter charge is for. These protesters are not demanding justice for Liang – they are demanding that he gain equal access to white privilege – specifically the privilege to end black lives with impunity.

Esther Wang, in Talking Points Memo, said, “As a community, we can’t have it both ways. We can’t call for justice when an Asian person is harassed, targeted or killed by the police and then act to protect an Asian police officer when they’re the ones who’ve killed.”

Wang notes that Asian American people are also victims of racially-motivated police brutality. She specifically mentions Peter Yew and Kang Wong. I would add Fong Lee and Sureshbahai Patel to the list.

The Asian model minority myth has been positioned as a diametric opposite to the myth of black criminality and laziness. Like a disapproving parent, the white community demands to know why black folks can’t be more like Asian folks, who have “succeeded.” “If they can do it, why can’t you?”

We cannot inadvertently allow the Chinese-American community to be used as a shield for the continued violence against black people. That particular word choice, “use”, was intentional – because there’s no space inside the white supremacy tent for us. And make no mistake – the legal system that privileges white lives over black ones, that criminalizes black bodies, that renders Asian people as perpetual foreigners, is a white supremacist system.

Nevermind that “Asian” is a massive group that includes many different groups, many of which are disproportionately impoverished and disadvantaged in many of the same ways as black and Latino folks.

Justice is not treating Chinese cops like white cops. Justice is equality before the law. For civilians and cops. We aren’t going to reach equality by demanding the same biased, pro-cop treatment.

The people who excuse police violence are invested in the status quo, not our community. When it comes time to whip votes, they’ll deliver anti-Chinese rhetoric about cheap labor and military aggression, regardless of how that sentiment blows back on our communities.

And it has blown back on us. Most of you know the story of Vincent Chin, but for those of you who don’t: in 1982, at a time when the Japanese car industry’s growing market share was impacting the American car industry, Vincent Chin was beaten to death by Ronald Ebens and Michael Nitz, two laid off Chrysler plant employees. A witness alleges that Ebens said, “It’s because of you little motherfuckers that we’re out of work.” After a plea bargain, they were convicted of manslaughter but were sentenced to probation time and a $3,000 fine. They were later found guilty of civil charges, and ordered to pay Chin’s family restitution, but they never saw a dime. Lily Chin, Vincent’s mother, returned to China heartbroken.

To my people: when you support Peter Liang, you are supporting a system that says that black and brown lives don’t matter – the same system that allowed Vincent Chin to be killed with impunity.

I know why you’re trying to protect our community, and it’s a noble impulse. But we cannot rise as a people by devaluing black bodies the way the establishment does.

From a purely ethical standpoint, we need to loudly declare that Black Lives Matter, that we are with our black brothers and sisters in solidarity.

From a purely self-interested viewpoint, with a rising China expanding its sphere of influence in direct opposition to American hegemony, the Chinese-American diaspora is going to find itself in danger, and we are going to need all the help we can get.

If we defend Peter Liang now, we may cease being “no class” as Cheng puts it. But we will still be second class, and we will be alone.

HOUSE OF CLAY BY LINDA GUNTHER 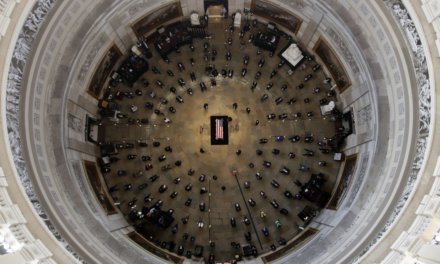 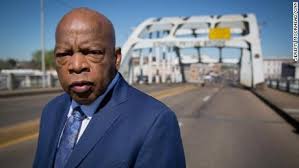