THE BUZZ BOMB BY JEFFREY FEINGOLD

The Nazis never did catch me. I was an explosives expert, and I was just too good for them. I could blast my way out of any situation, no matter how dire. I was seven or eight years old, growing up in the pretend war-torn streets of inner-city Boston. My friends and I were always playing war games. We were children of the Greatest Generation, after all, living out our foolish fantasies in the shadow of real heroes who had saved the world.

Bobby was our communications expert. He had two Campbell’s Soup cans, labels removed, wire strung between the bright shiny silver canisters, and then from one can another wire running to a small wooden box to which the rotary dial from a telephone had been affixed. Using this brilliant homemade piece of kit, he could “radio” headquarters anytime, from anywhere. It had no batteries, of course, but it never failed him. Still, if our little band of brothers found ourselves trapped, with Nazi tanks closing in on all sides – no time to wait for the reinforcements Bobby had called for – everyone knew they could count on me to blast our way out in the nick of time.

No matter how bad things got, we’d all be home in time for American Chop Suey and, at least in my case, Brussels Sprout boiled so long they were as hard as the “Superballs” we bounced on the city sidewalks. Bobby, Johnny, Danny, Jimmy (why did all my friends’ names end in y back then?) – they all knew I had their backs. I carried a pillowcase full of demolition stuff, just like David Niven in “The Guns of Navarone,” which my dad and I watched every time it aired on television.

(My dad and I must have tagged along fighting Nazis with David Niven and Gregory Peck dozens of times over the years). In my bag of tricks, I had firecrackers, of course, but also cherry bombs (you could lose a finger if not careful when one of those went off), M-80s (you could lose a hand), Roman Candles (you could lose an eye and quite possibly two), and more. You name it, I had it. And it was all legal back then, in the olden days. Our patrol squad would get on our ten-speed bikes Saturday mornings and go off to fight the good fight.

The war never seemed to end back then, it went on year after bloody year, and just as strangely, was only fought on Saturdays. “Just be home by supper,” my mom would holler through the kitchen door at breakfast, as I dashed down our steps, a half-eaten bagel dangling from my war-weary lips. Then I’d mount my orange ten speed Huffy bicycle to speed off to the frontlines. “And don’t lose any fingers,” she’d holler as I sped away. That was it. Helicopter parenting hadn’t been invented yet. Just be home for supper and you damn well better bring all your digits with you. If we have to bring you to the hospital, you’ll be sorry! Other than that, no worries. What happened at the front stayed at the front.

And I always did come home, in time for supper, and with all digits accounted for. Until it happened one day. It was an accident, of course. In my bag of tricks, among the sundry explosives, I had a very special device called a “buzz bomb.” It was a long tube, longer than your middle finger, densely packed with gunpowder. (Hey, like I said, no helicopter parenting back then!). On one end of the tube was a small propeller. On the other end, two long fuses. I’d twist the two fuses together into one, place the bomb on a flat surface such as a picnic table, light the end of the fuses with a match, and then the bomb would shoot straight up into the air, the propeller whirling furiously, as a wide dense shower of yellow sparks would descend from the tube’s tail, showering everything underneath it in a glittering display.

The bomb didn’t really buzz at all; it emitted more of a hissing sound. But I confess I appreciated the alliterative “buzz bomb” and was glad it hadn’t been named the “hissy bomb.” On this one Saturday, we’d all ridden our ten speeds to a nearby park. The patrol stood fifty yards away from me, in a wooded area, next to a clump of big oak trees, while I placed a buzz bomb on a picnic table. I twisted the two fuses together. I then struck a match and lit the end of the fuses. That’s when disaster struck. Only one of the two fuses caught. A few seconds later the fuse burned down and ignited the gunpowder. Only, instead of shooting straight up into the air and emitting a shower of relatively harmless sparks, the buzz bomb steaked straight ahead as fast as a missile. It headed straight to the clump of oaks where my friends stood.

Upon impact with one of the trees, the bomb exploded with a tremendous thunderclap. Thick black smoke enshrouded the patrol. I ran as fast as the wind to them. Bobby was shaking his head. I think he couldn’t hear very much due to the deafening explosion. “Hold up your hands,” I told him.

He shook his head side to side, “What? What did you say?”

“Hold up your hands,” I yelled so loudly that the other guys covered their ears. Bobby finally heard me, and he held up both hands. I counted ten digits. “Thank God for that!” I said.

“Well,” Bobby said, “We better clear out. That little mishap of yours just gave away our position. In minutes, this place will be swarming with Nazis.” We headed over to the picnic table to get our bikes. The guys asked what went wrong with the buzz bomb. I told them what happened with the fuses.

“I’m never using a buzz bomb again,” I assured them. And I never did. “From now on, we’re playing it safe,” I said; “We’ll only use these,” I added as I took a new kind of cylinder from the explosives bag and held it up for the group to see.

“That looks pretty harmless,” Johnny said. Danny didn’t read very well, but we’d made him our Morse Code officer. Looking at the explosive cylinder I was holding up, and trying to read the text on the cylinder, he said, “What does that mean” and then he sounded out the letters one at a time … “W-I-D-O-W… M-A-K-E-R”?

A brief pause, then Jimmy said, “It means we ain’t out the woods yet, guys.” Then we all rode home. My mom’s American Chop Suey never tasted more comforting. Though I still pocketed the inedible Brussels Sprout when she wasn’t looking. I wondered if I could drill out a hole in the sprouts, put in a little gunpowder then a fuse. Brussel Bombs!

“Son,” my dad said at dinner, “I want to ask you something important … where did your pillowcase go?”

“I lost it in the war, dad” I replied. He and my mother looked at each other, shook their heads, and returned to eating. All was well on the home front. 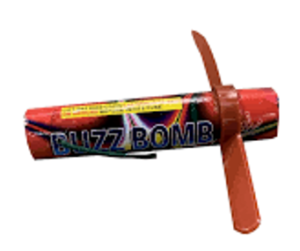 Jeffrey Feingold is an essay writer in Boston, MA. He has workshopped essays with Grub Street, and worked as a newspaper stranger. He is presently working on a new book of memoir essays, “Coffee With Ghosts.”

SIDE TRIP TO A ONE-HORSE TOWN BY LINDA CARADINE

MY CITY OF NEW YORK BY JOHN BONANNI